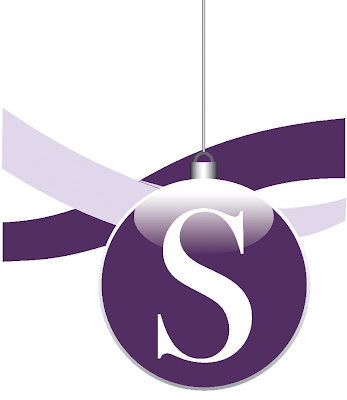 
I hope this finds you well and enjoying the festive season.

Best wishes and good luck for 2009

In an attempt to keep "Green" this year, I have decided that I will send my Season's Greetings via email and my blog. 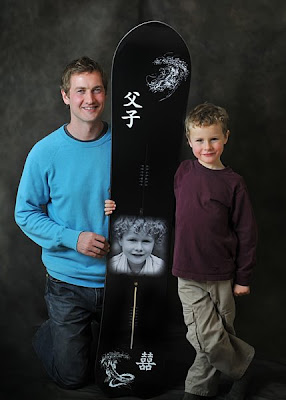 This is a board that Euan has made.

Thanks Melissa for taking a great photo!

An interesting article from the NY Times for First Time Buyers

Click here to see the article or just keep reading!

It May Be Time to Think About Buying a House
Five or 10 years from now, when the financial crisis has ended and housing prices are up smartly once more, we will look in the rearview mirror and realize that we missed a golden age for first-time home buyers.
Then, everyone who sat on their down payment savings accounts for a few years too long will kick themselves for not taking advantage of what may turn out to be the buying opportunity of a lifetime for those who can qualify for a mortgage.
Unfortunately, we do not know when this golden age will begin, because we will be able to identify a bottom to the housing market only with the benefit of hindsight. But as it does with the stock market, the moment will probably arrive when everyone is feeling the most pessimistic.
That moment is certainly getting closer. Housing prices have fallen drastically from their peak levels in many areas of the country. Rates on 30-year fixed-rate mortgages are already close to 5.5 percent, and this week there were suggestions that the federal government might try to drive them down to 4.5 percent, a truly incredible figure to be able to lock in for three decades.
Meanwhile, first-time home buyers have the same advantage they have always had, which is that they do not have to sell their old place before buying a new one. That is an added advantage in areas where many available houses simply are not moving, because the people trying to sell them will not be bidding against you.
If you’re hoping for a recovery in the housing market, you ought to be cheering on the first-time home buyers. When they purchase homes, their sellers are free to move on or move up, stimulating further sales.
But if you are a potential first-time buyer yourself, or lending or giving the down payment to one, you are probably as frightened as you are tempted by all the “For Sale” signs that have become “On Sale” signs. So let’s quickly review some of the still-grim pricing data in certain areas — and consider the reasoning offered up by first-time buyers who have forged ahead anyhow.
As is always the case with real estate, much depends on location. One study, “The Changing Prospects for Building Home Equity,” tries to predict where today’s first-time buyers in the 100 biggest metropolitan areas may actually have less home equity by 2012 as a result of continued price declines. The verdict was that buyers in 33 of the markets could see a decline by 2012, including potential six-figure drops on an average home in the New York City, Los Angeles, San Francisco and Seattle metropolitan areas.
This is obviously scary. (I’ve linked to the study, a joint effort of the Center for Economic and Policy Research and the National Low Income Housing Coalition, from the version of this article at nytimes.com/yourmoney.) It’s worth noting, however, that these predictions came before the government made its most recent move to reduce borrowing costs.
Also, the price projections in the study are based, in part, on the fact that the ratio of purchase prices to annual rents is still higher in many areas than the historical average, which is roughly 15 times rents. While past figures may well have some predictive value, I have never been convinced that first-time buyers compare a home that they could own and one that they would rent in purely or even primarily economic terms.
When Jaime and Michael Proman moved this fall to Minneapolis, his hometown, from New York City, they craved a different sort of life after two years together in a 450-square-foot studio apartment. “We didn’t want a sterile apartment feel,” said Mr. Proman, who is 28 (his wife is 26). “We wanted something that was permanent and very much a reflection of us.”
The fact is, in many parts of the country there are few if any attractive rentals for people looking to put down roots and enjoy the sort of amenities they may spot on cable television home improvement shows. Comparing a rental with a place that you may own seems almost pointless in these situations, especially for those who are now grown up enough to want to make their own decisions about décor without consulting the landlord.
Still, for anyone feeling the urge to buy, a number of practical considerations have changed in the last year or two. The basics are back, like spending no more than 28 percent of your pretax income on mortgage payments, taxes and insurance. Even if a lender does not hold you to this when you go in for preapproval, you should hold yourself to it.
You will also want to start now on any project to improve your credit score because it may take several months to get it above the 720 level that qualifies you for many of the best mortgage rates.

Posted by Stella Abraham at 8:08 AM No comments:

the Cascades AT WINOOSKI FALLS

I had a tour around the Cascades AT WINOOSKI FALLS yesterday. What a fantastic project.

Brian Boardman has several different listings in this project and there is one that is ready for occupancy in just a few months.

Interestingly, one of the model properties was recently decorated by the JDK Colour and Trend Team. It was nice to see that in these economic times, super style can be achieved on a budget. No doubt IKEA was involved in some way!

The unveiling of the model property was even talked about on www.Reuters.com

If anyone is interested in seeing the properties or having a real life tour then please contact me on 802 399 4502. I would be happy to don the hard hat and show you around!